PuroClean, a leader in property emergency services, helps families and businesses overcome the devastating setbacks caused by water, fire, mold and other conditions resulting in property damage. Each of our independently owned franchises pledge to do whatever it takes to respond, restore and rescue properties in all of the communities we serve. 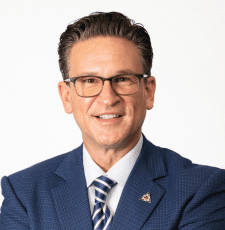 Mark W. Davis is the Co-CEO of Signal Restoration Services and Chairman & CEO of PuroClean. Since acquiring Signal in 2012 and PuroClean in 2015, Davis has grown both Signal and PuroClean exponentially. He is co-founder and former CEO of Belfor North America. Under the leadership of Davis, Belfor grew tremendously from its US origins as Rocky Mountain Catastrophe in Denver, Colorado. From one office and 33 employees, they grew to 52 offices and 1,700 employees in eight years.
During this major growth, Davis was a young entrepreneur who successfully disrupted the then-stagnant restoration industry. Davis sold his shares in Belfor to Franz Haniel & Cie, GmbH in Germany. He then left the industry for a few years while fulfilling a non-competition agreement. In 2009, Davis became CEO of InStar Services Group. He was recruited to turn around a failing company that had suffered major financial losses in 2007 and 2008. Davis led a successful financial turnaround in the first year resulting in a $16 million net profit. He sold his shares in 2011 and searched for a strong platform restoration company similar to Rocky Mountain Catastrophe. He found that company in Signal Building Company. In 2012, Davis and his business partner Frank Torre purchased Signal Building Company in Troy, Michigan. They immediately changed the name to Signal Restoration Services and recruited some of the best talent in the restoration industry. Within the first two years, Davis grew Signal’s revenue and profit by a multiple of more than 20 times. In 2015, Davis and Torre purchased PuroSystems, Inc., and the PuroClean Global franchise brand. Since then, PuroClean has doubled in size to 300+ locations. PuroClean is now the fastest-growing restoration franchise company in North America. Mark graduated from the University of Nebraska – Lincoln with a Bachelor of Science degree in Business Administration. He lives in Michigan with his three children. Mark is a Director for Junior Achievement and a member of the Young President's Organization.
Read More Read Less Frank Torre serves as Co-CEO of Signal Restoration Services. Prior to acquiring Signal Restoration Services with Mark Davis in 2012, Mr. Torre was the Founder and CEO of Torre & Bruglio, Inc., one of the largest commercial landscape architecture and construction services companies in North America. Founded by Frank Torre in 1982, Torre & Bruglio, maintained an impressive portfolio that includes some of the region’s most iconic private and public properties.
A Member of the Board of Directors of some of the nation’s most respected and impactful organizations including serving on the Executive Board of Tenet Healthcare Systems and serving as the Chairman of the Board of Directors of the Detroit Medical Center’s Rehabilitation Institute of Michigan. A recipient of the International Institute of Metropolitan Detroit’s Heritage Hall of Fame award, for over a decade, Frank Torre has served as Chairman of Boys Hope Girls Hope of Metro Detroit, a regional academic scholarship program for underprivileged youth. Outside of his professional and philanthropic endeavors, Mr. Torre maintains a major role in the Annual Detroit Grand Prix Races in collaboration with Roger Penske.
Read More Read Less Steve White joins PuroClean with more than 25 years of experience in the industry, dedicating 18 years to Allegra Network where he most recently held the title of COO and served as president of the company’s Signs Now brand. Prior to his tenure at Allegra Network, White, a former Captain in the United States Army, spent five and a half years at Domino’s Pizza. He has been involved in every level of franchise organizations, big and small, including ownership.
Steve’s strengths are in executive leadership, building successful teams, strategic planning, driving new growth for franchisees, marketing, and franchise support. His key area of focus is to strengthen the processes that will ensure sustained success for a growing PuroClean franchise system.
Read More Read Less 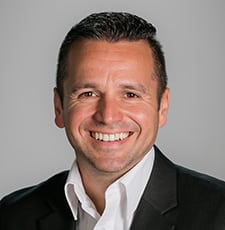 Duane joined PuroClean in June 2017 as the Corporate Controller and was made the Chief Financial Officer in September 2018. Jack has 30+ years of franchising experience in the mitigation, restoration and large loss marketplace. He began his career with ServiceMaster Clean in 1976, owning a franchise and then joining their home office as a Regional Manager, Managing Director of the UK, Master Franchise Coordinator, Director of Franchise Program Development, Training and Education, Operational Field Support and Vice President of Restoration Services.
Jack retired from ServiceMaster in 2001 to pursue a role in consulting within the restoration industry, which included PTC-NET (Alacrity), Floor Covering International, and NBD Electronics Restoration, then returning to ServiceMaster in 2006 for three years to develop and implement a Fire Restoration Program. Jack joined Munters Corporation (2006-2011) to develop and implement a residential mitigation and restoration network of company-owned branches. Jack will be a tremendous help in positioning PuroClean as a prominent force in our Certified Priority Response program going forward.
Read More Read Less Bud began his career as an independent owner/operator in the restoration business. He has 30+ years of experience in the mitigation, restoration and construction industry. In 2012 he retired from actively managing his restoration & reconstruction businesses to pursue his passion for teaching, writing and consulting. He has been a frequent speaker and teacher at regional and national conventions for over 15 years.
Topics have included Marketing, Production, Financial Management and Staff Development. He has consulted with PuroClean to rewrite and teach the new franchise training Sales and Marketing curriculum. He continues to help improve PuroClean’s franchise training and marketing materials.
Read More Read Less Tim Courtney has come a long way from crunching numbers on Wall Street; he is now making business ownership dreams become a reality for people throughout North America. As Vice President of Franchise Development at PuroClean, he leads a team of franchise development professionals who serve as our brand ambassadors and walk potential PuroClean franchise owners step-by-step through the franchise buying process.
Prior to joining PuroClean, Tim worked in the travel industry for nearly 20 years at World Travel Holdings (WTH), occupying many management positions in the company. In 2008, he joined the WTH Franchise Development Team and immediately produced record results, growing the franchisee base by 135% from 500 to 1,110. Tim is active with the International Franchise Association (IFA) and will spearhead PuroClean’s growth throughout North America, as well as our company’s focus on military veterans, first responders, diversity, and involvement with the IFA. He is an IFA Certified Franchise Executive (CFE) and is a member of its Membership Committee. He is also a member of IFA’s Franchise Action Network, where he lobbies on franchise owners’ behalf on Capitol Hill to make sure their rights are always protected. Tim is a recipient of the Sun Sentinel Top Work Places for People on the Move award and has been nominated to the IFA’s Board of Directors.
Read More Read Less

Chrissy VanderWyde joined the Puro brands in 1988 as the company’s first employee. Since then, she has held many positions and is currently the VP of Franchise Relations, managing a team who supports franchise relations efforts. Chrissy has a wide range of responsibilities, serving the PuroClean Network in all capacities. Alex began working in the marketing field in the early 90s. His career started at a publishing house that produced the Lacsa Airlines in-flight magazine. Here he learned the ins and outs of printing and publishing. Wanting to expand my knowledge of marketing, Alex joined Steinberg Advertising. Over the years, he learned about media buying, radio, television editing and production, direct mail and managed part of the design team. In 2006, Alex started Team Pericchi Advertising.
After 7 years at Team Pericchi, he sold the agency. Then, in 2014, Alex joined the PuroClean marketing team. Just two years later, he was given the opportunity to develop the PuroClean Online Academy from the ground up, a learning management system that provides ongoing, valuable training for personal and technical enrichment of franchise owners and their employees. In January 2018, he took over the PuroClean Marketing and Online Learning departments to help the PuroClean Home Office and their franchise owners meet their current and future marketing needs.
Read More Read Less